Palava city by Lodha Group is the first planned smart city that is spread across a massive 4000 acres of land. Being developed in three different phases, it is touted to become the number one smart city in India. From modern amenities to great infrastructural projects and from basic facilities to central park, Palava city has everything you could just dream of having next to your place.

With more than 60% open space and green land; expect a breathing space that gives you a completely stress-free experience. Located in the heart of Dombivali city, Palava city is surely the best place to stay and to invest in.

With the completion of all the three phases, Palava city will surely get the rank of the best-planned city of the world. Currently, more than 30,000 happy families are staying in Palava city. After the completion of the second phase, more than 5000 families will also add up. Invest in Palava city to get great benefits in the future. The project is in completion stages but there are so many developments and infra projects that will boost the property rates of Palava.

Water is a basic need and life without water is unimaginable. So many parts of Mumbai still face water cuts. In fact, there are areas in Navi Mumbai and Thane that face frequent water cuts. People generally store water for their daily needs. There is no such issue in Palava city. The general electric plant recycles 5 million of water every day in Palava. Not only the need for the daily requirement is met through this but also this water is used for washing purposes and watering gardens in Palava city.

What is life without technology today? We all rely on Wi-Fi services and digital technology for our daily needs. Palava city has tied up with IBM to make it the best smart city in India with the use of best technology. Smart innovations by IBM will help to convert Palava into the world-class smart city. Palava will have automatic parking buttons, automatic streetlights, automatic traffic lights on the roads and installation of CCTV cameras at every corner of the township. Palava city will also have the best safety features with the use of technology from IBM.

The management system of Palava city

Lodha group has started Palava city management association for the people of Palava. The management system will make the city more beautiful. Palava city management is like the BMC of Mumbai. But, it’s in an organized form. People staying in Palava won’t have to go anywhere for complaints and redressal. Every issue will be addressed and solved with a single number of management.

Therefore, people who come and stay in Palava city won’t have to carry cash for buying anything. This is simply great, as you just have to carry a card for all your transactions and purchasing. Apart from this, the Lodha group has started two emergency numbers within the township. 911 is for an emergency and 311 is for complaint and grievance regarding an issue of the city.

Residents of Palava also celebrate sound less Diwali every year. They just lit up similar lanterns on Diwali. So, Palava city also takes care of noise pollution. This is just great for people who love to lead a peaceful life.

There are many infra projects that are being developed around Palava city. Construction of Ghatkopar-Ghansoli link road has already started and this will give a great boost to Palava city. It will cut the travel time from Mumbai to Palava by half. Work on Airoli-Dombivali tunnel road is going to start soon; this too will benefit people who travel to the western side from Mumbai.

It will also benefit people who come and stay in Palava city. There will be a monorail project in the future, which will connect Palava through Kharghar and Kalyan. The Navi Mumbai airport work has also started and this will cut the travel time to Palava city. Palava city is the place to stay or invest in if you want to lead a great life. Lodha group has taken so many steps to turn Palava city into the world-class smart city. 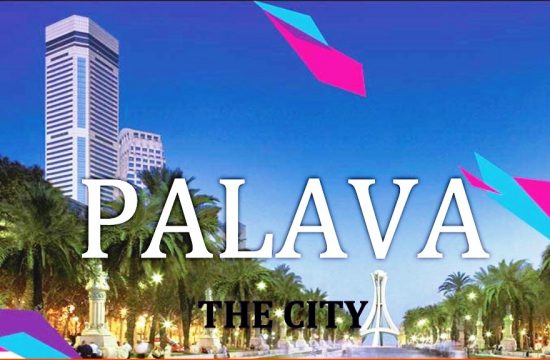